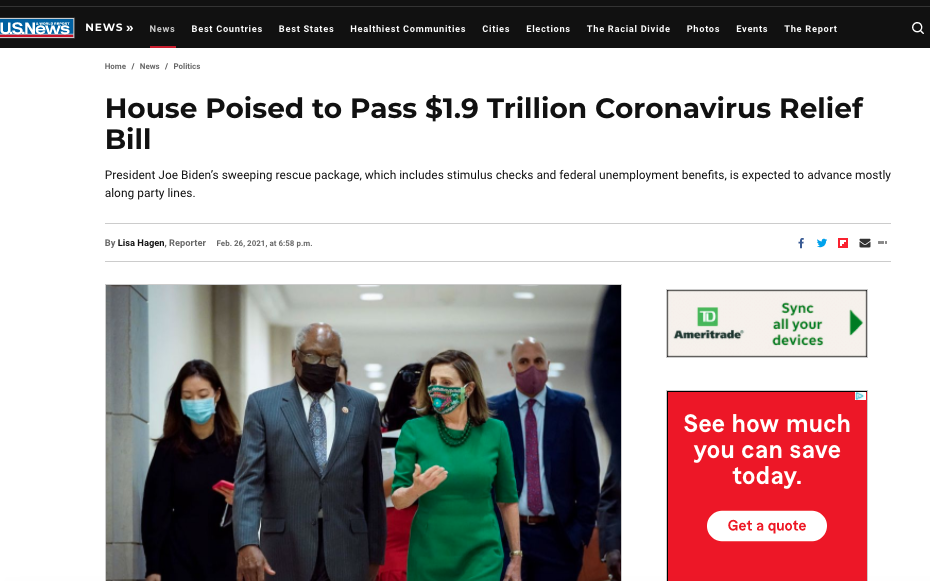 The House passed the Covid19 relief bill last night. 219-212 The bill included the $15.00 minimum wage. (That will be taken out in the Senate due to the Parliamentarian’s ruling. Two Democrats [and 217 Republicans] voted against it – Rep Golden of Maine and Rep Schrader of Oregon. Reps Chris Smith and Jeff Van Drew both voted against the bill.