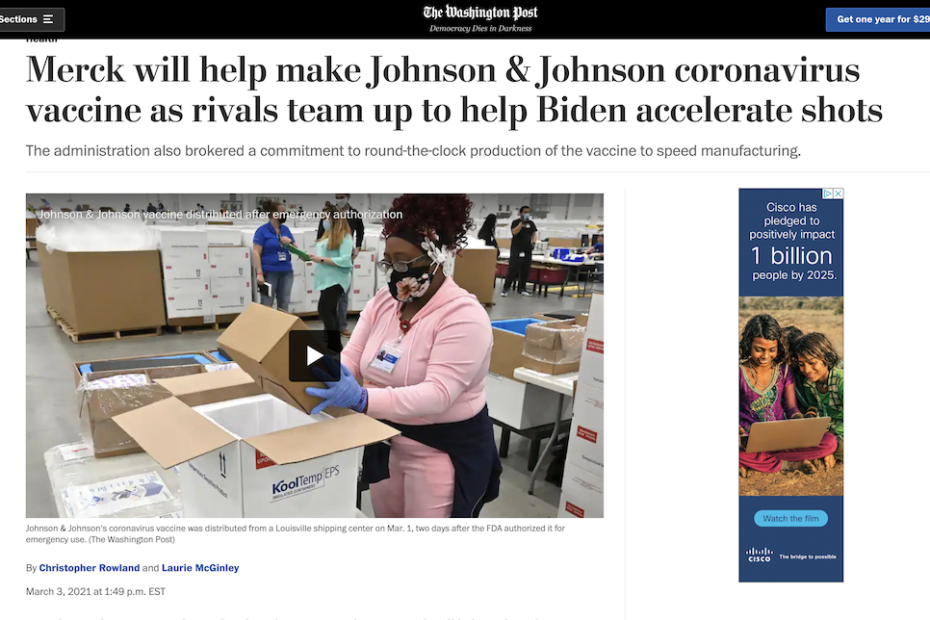 Enough vaccine for all adult Americans by the end of May! It’s amazing what hard work and competent people can do. Biden administration confirms partnership between rivals Merck and Johnson & Johnson to produce vaccine https://www.washingtonpost.com/…/merck-johnson-and…/